In awe of sensible companions.... (

Dan's school were very adventurous this year and stepped away from the the usual nativity and opted for A Christmas Carol. the kids have been learning about Charles Dickens and Christmas customs and the play performed by the Year 1s and 2s was the culmination of this topic. The script was heavily based on Muppet Christmas Carol but not in the least dumbed down. The children who wanted speaking parts had to audition and the teachers cast the parts after seeing them. Every child who wanted a speaking part got something. Dan was cast as Fred Scrooge and got his script which he learned  very quickly. The children were also put into small groups and had songs to sing. I could never have believed that a group of 5 to 7 year olds could do an hour's production of A Christmas Carol to the level they did. We had crying parents and crying teachers and it was amazing.  Two of the teachers painted some backdrops,  props were sourced, costumes made, sound effects and lighting prepared. And it was truly amazing.  I am so grateful Dan is at Lionwood, the school generally thought to be crap because the estate kids go there and everyone knows they couldn't possibly do something like that (sarcasm). 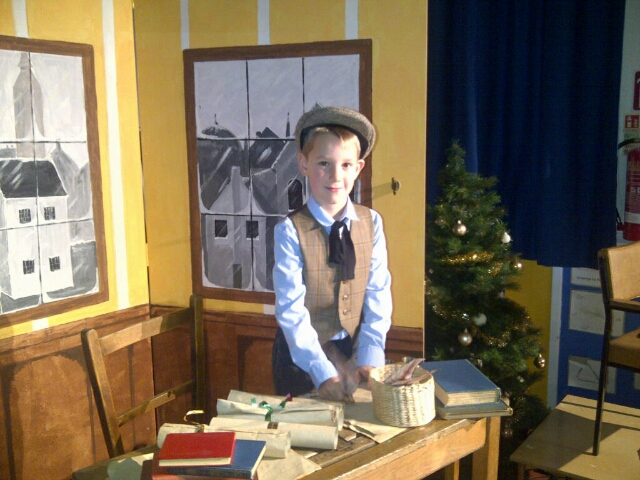 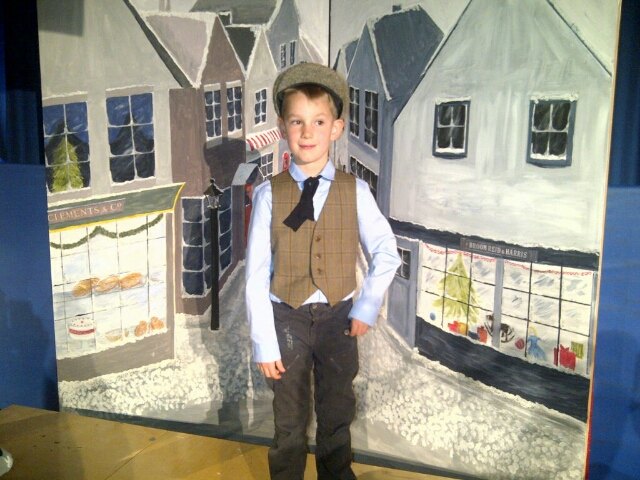 The other good thing is that photography during the performance was banned which meant nothing distracting the children and all the parents' attention on the children.

Posted via LiveJournal app for Android.